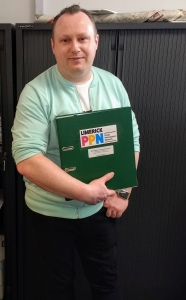 Limerick PPN was invited to nominate one representative to this group shortly before the launch date. The Secretariat agreed that, as an interim measure and until a formal process to elect a PPN representative was completed, a different member of the Secretariat would attend each meeting in an observer capacity. This had been the case for the meetings between December 2019 and January 2020. (the Statements of Outcomes on these attendances are noted in the minutes of the Secretariat meetings)

A decision was taken at the first Secretariat meeting of 2020 to hold a Plenary meeting on Monday 10th February which was to include the election of a PPN representative to sit on the Limerick Mayor Implementation Advisory Group. Following a call for nominations from the PPN membership, two candidates went forward for election in the end:

Each LPPN member group/organisation present at the Plenary was entitled to one (1) vote with one (1) individual voting on their behalf. Once the votes were counted and countersigned Cillian Flynn was deemed elected and now sits on the Limerick Mayor Implementation Advisory Group as the PPN representative. Cillian reports to the Plenary via the Secretariat.

For further information on this group, resource material and information on meetings to date please check out Limerick Mayor Implementation Advisory Group on Limerick.ie